Matapala Samara is located on the Nicoya Peninsula in Costa Rica. We’re almost at day twenty here as I write this post, and I anticipate staying for at least another two weeks (and possibly extending for another month). It’s addictive.

For many years the Nicoya Peninsula was difficult to get to, and not too many gringos made the effort (mostly diehard surfers, druggies and the jetsam and flotsam of itinerant global travelers). The peninsula is full of characters.

Weed is abundant and its pungent smell permeates the coastline; the hash pipe is freely passed, and harder drugs like cocaine (and its brethren) are easily obtained. It would be easy to waste away in Matapala-ville. And some gringos are doing just that.

But who am I to stand in judgement? I have my vices too, although I am less driven by them these days. Drugs aren’t really my thing. Back in the day, I experimented a little bit with pot—and yes I inhaled. I just didn’t like the high it provided. My drugs of choice have always been alcohol and sex. It’s hard to beat a well-aged, single-malt Scotch whisky, or a beautiful woman for that matter. Good Scotch whisky is becoming harder to come by down here (by down here I mean south of the USA), and when you can find it (usually Johnny Walker Black Label) it’s mighty expensive. The single-malts appear to be virtually non-existent.

I primarily drink beer these days, with the occasional Rum & Coke tossed in for a change of pace. I actually don’t drink that much anymore—two beers in one day is now a big deal for me. In the past I would medicate myself with alcohol (and sex too). It would remove (at least temporarily) my inhibitions and expand my ego. Never a social butterfly (label me an introvert), alcohol and sex freed me up a little bit, and allowed me to be somewhat less uptight.

Since “dropping out” much of that pressure has gone away, and with it the need to medicate. No more high-pressure corporate job, and no more dysfunctional relationships to deal with. With emotional maturity has come a modicum of wisdom. My days of sexual conquest are over. I am a healthy, heterosexual male, so I can still appreciate a beautiful woman and her many charms. But I can no longer separate sex from a relationship—gratuitous, one-night stands aren’t for me anymore.  I now have the requirement to “feel something” for my sexual partner, it can’t just be a physical act alone. And, as I have absolutely no desire to enter into another relationship, this presents a real problem.

Do I miss sex and female companionship? Absolutely I do. Am I willing to pay the emotional price for it? Absolutely I AM NOT. Sex is easily obtained down here. In fact prostitution is legal in Costa Rica. Even without legal prostitution sex is easy to come by. And being an old guy doesn’t automatically preclude having sex with beautiful young women (or even beautiful older women). The USA is still pretty puritan in this regard, not so the rest of the world. But in my mind’s eye it just looks and feels like its exploitive—I see a lot of it down here, but it would be embarrassing for me to partake in such adventures at this age.

Maybe I’m a puritan at heart myself (although that’s hard for me to believe). For now, at least, my wasting away in Matapala-ville will take the form of enjoying the sun, surf and sand. The wonderful temperatures, both ambient air and water (approximately 85°F) and enjoying my two beers a day (okay, maybe a few more on special occasions). The howler monkeys serenade me morning and evening, the surf is only 60-meters from my door and the beach town of Samara is less than a kilometer down the beach. I guess that life is pretty darn good. 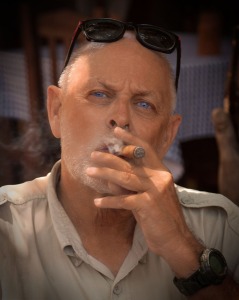 4 responses to “Wasting Away In Matapala-ville”