In June 2016 Olly Hicks and George Bullard set out to prove the efficacy of those reports. See their story here. The Aberdeen Maritime Museum (across the street from our hotel) is currently displaying their sea kayak and sharing their amazing story of adventure and derring-do.

Sometime about this country are seen these men which are called Finnmen; In the year 1682 one was seen sometime sailing, sometime rowing up and down in his little boat at the south end of the Isle of Eda, most of the people of the Isle flocked to see him, and when they adventured to put out a boat with men to see if they could apprehend him, he presently fled away most swiftly: And in the year 1684, another was seen from Westray, and for a while after they got few or no fishes; for they have this remark here, that these Finnmen drive away the fishes from the place to which they come – Rev. James Wallace, Minister of Kirkwall, Orkney (Scotland) 1688.

On at least one occasion, one of these visitors made landfall. He was, “all over hairy, and spoke a language which no person there could interpret. He lived but three days, although all possible care was taken to recover him.” To this day, nobody knows for sure where he or his fellow travellers came from. Different theories abound. Perhaps they were fishermen from Finland? Or maybe they were indigenous prisoners escaped from ships returning from the New World? There is another possibility though: Artefacts preserved in Scottish museums – including hunting paraphernalia and the remains of an ancient, skin-cover kayak – suggest that these strange visitors may have been nothing less than Inuit tribes-people from Greenland, over 1,000 miles away across some of the world’s most dangerous waters. There is so much history in this part of the world that I knew nothing about—that the Inuits of Greenland, in the 1600s, might have possibly reached Scotland (a voyage of over 1,200 nautical miles) in their small sealskin covered kayaks is absolutely astounding to me and hard to comprehend. These are the kinds of cool experiences good museums expose you to—they both excite and educate. When you travel abroad (or even locally) I think it’s important to learn about local history and even folklore. Never pass up an opportunity to further your education no matter how old you are. 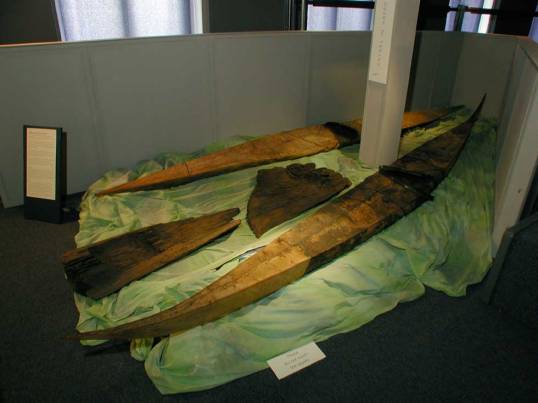